A couple of weeks ago, I had the pleasure of going on a weekend away with my wonderful host family to the ‘Black Lantern hotel’ in Jinja. Home to the source of the River Nile, Jinja is a picturesque, thriving tourist city with loads of activities on offer. Yet, tired and ready for a break, we chose to take it easy and enjoyed dreamy views, dreamy food (slightly spoilt by a not so dreamy tummy) and dreamy days by a dreamy pool.

Saturday morning, however, was more nightmarish than dreamy.

When we’d arrived at Black Lantern, my host siblings – Josh, Danny and Chloe -had enthused about the ‘monkey walks’ they normally go on. You get up super early and go along the path just outside the house and get to see loads of monkeys hanging out in the trees before it gets too hot. So, early on Saturday morning, eager to see loads of monkeys, the three children and I (equipped with my camera) set off on our monkey walk and we didn’t have to travel far. Just down from the house, we found – as promised – loads of monkeys, lounging around on the ground and swinging about in the branches overhead. The kids and I excitedly wandered about, gawping at the big, scary male ones and fussing over the tiny tiny baby ones clinging onto their mothers. I was in my element, snapping away with my camera and the children were calling me from monkey to monkey to take photos.

One of the monkeys was posing beautifully for the camera. She was stood about a metre away from me, square on, staring directly into the lens. As I happily clicked away, it wasn’t long until I realised that she was not so happy about being my photography muse. She started making funny, pig-like noises. Grunting away, she started to edge closer to me. I slowly lowered my camera and backed away with Josh beside me. But this monkey Mumma kept coming. The other two children were with us now and all of us began to take larger strides away from her but she edged nearer still. Then behind her, more monkeys appeared and joined the fun, watching, grunting and starting towards us too.

More and more monkeys gathered. I grabbed Josh and Chloe’s hands and told the kids to stop looking at them and to walk faster. I had no idea what I was talking about really. I can’t say I’ve ever been in a situation like that before. I know that you’re not supposed to look a dog in the eye but how similar are dogs to monkeys? The next thing I knew, Josh was calling me.

I’d been concentrating so hard on walking backwards with Josh in one hand and Chloe in the other that I hadn’t realised Danny was no longer behind me. I hadn’t noticed he was in fact, a good few metres away. His eyes were wide and he bit his nails nervously as he stood, hemmed in by two provoked primates. I shouted to Danny to run around them. He bolted, as fast as his little legs would take him and re-joined us, whilst his two monkeys joined the rest of the pack.

At this point, I told all the kids to run, which they did. I ran behind them, every now and then looking back at the staring, snorting mischief-makers who still followed us. As we neared the house, we passed a plump, rosy-faced, ‘Mzungu’ lady surrounded by her own set of furry friends. ‘Goodness me! I’ve never seen so many monkeys so close up!’ She said in an American accent. Seconds later, I heard her again, louder than before, ‘OH MY GOODNESS!’ Still running, I darted a glance round to see a Juarassic Park-like scene – the poor, defenceless middle-aged tourist was encircled by the brutish beasts.

You know what the worst part of it was? I didn’t even stop to help. I kept on running with the kids and safely reached the house. It’s terrible really. But you’ll be pleased to know that a couple of hours later, once the drama had died down, I spotted the rosy-faced American lady aboard a bus with a group of others, alive and well.

Upon arriving back at the house, the children and I gave a huge sigh of relief. The monkey drama was over but the monkeys still wouldn’t leave us. They instead, launched themselves onto our roof and into the surrounding trees. Thankfully, later on they calmed down a bit and I was able to get some snaps from a distance this time…

That’s all for now but I’ll write again soon! 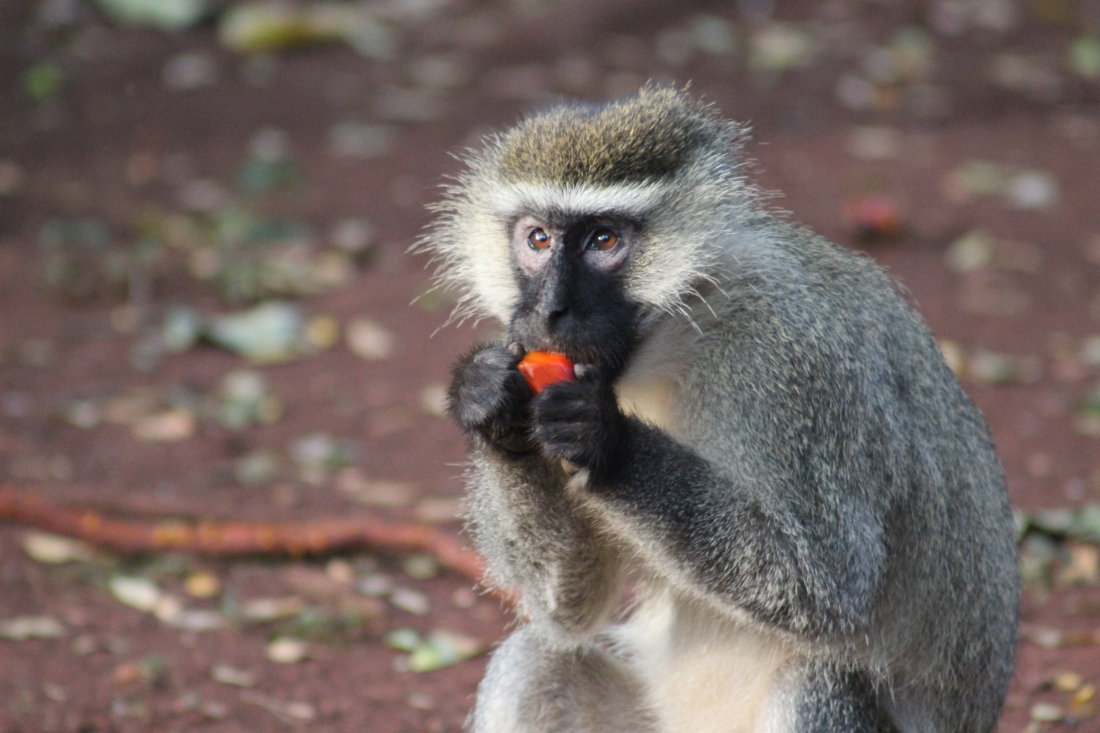 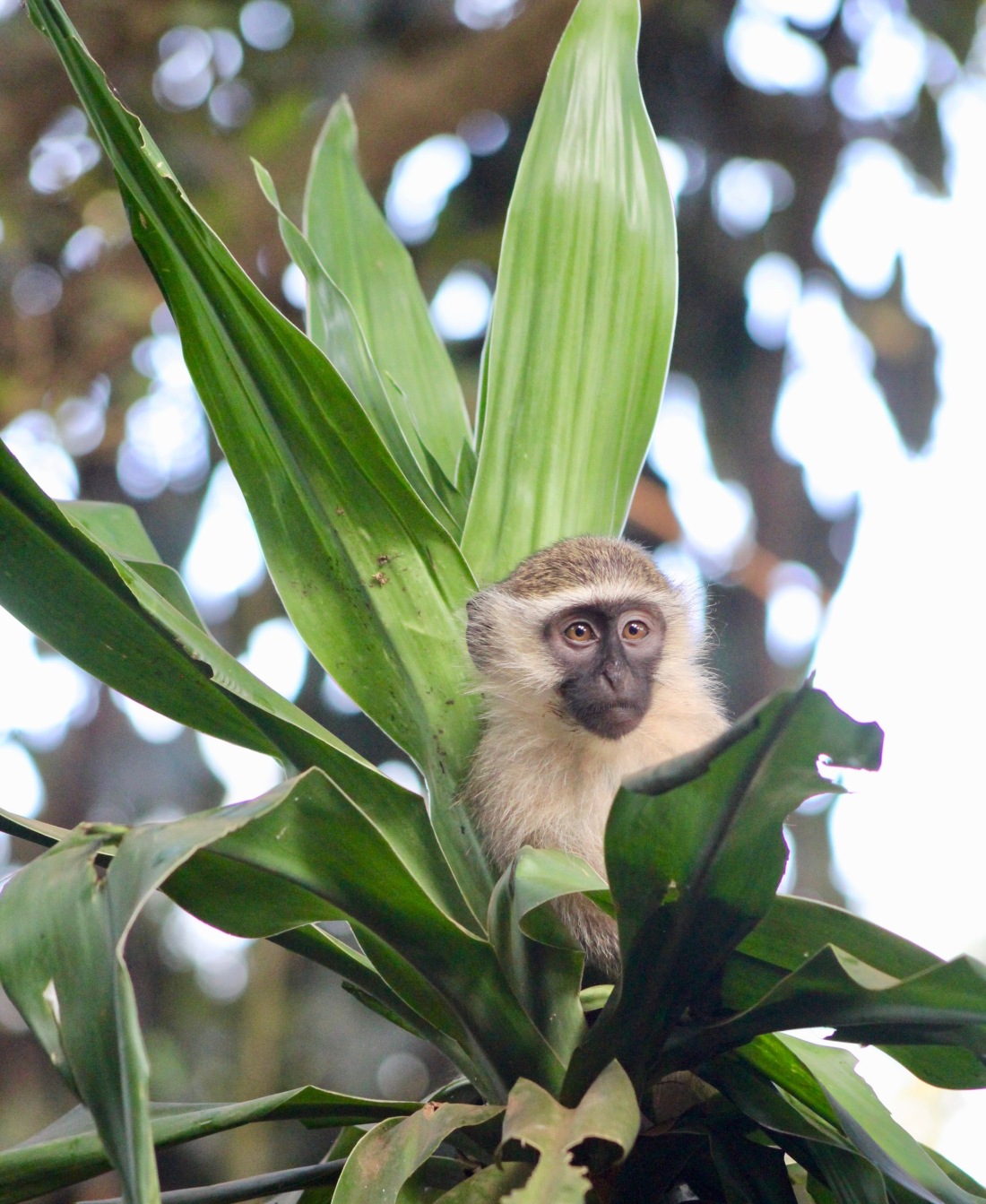 Monkeys waiting at our windows after the great escape! 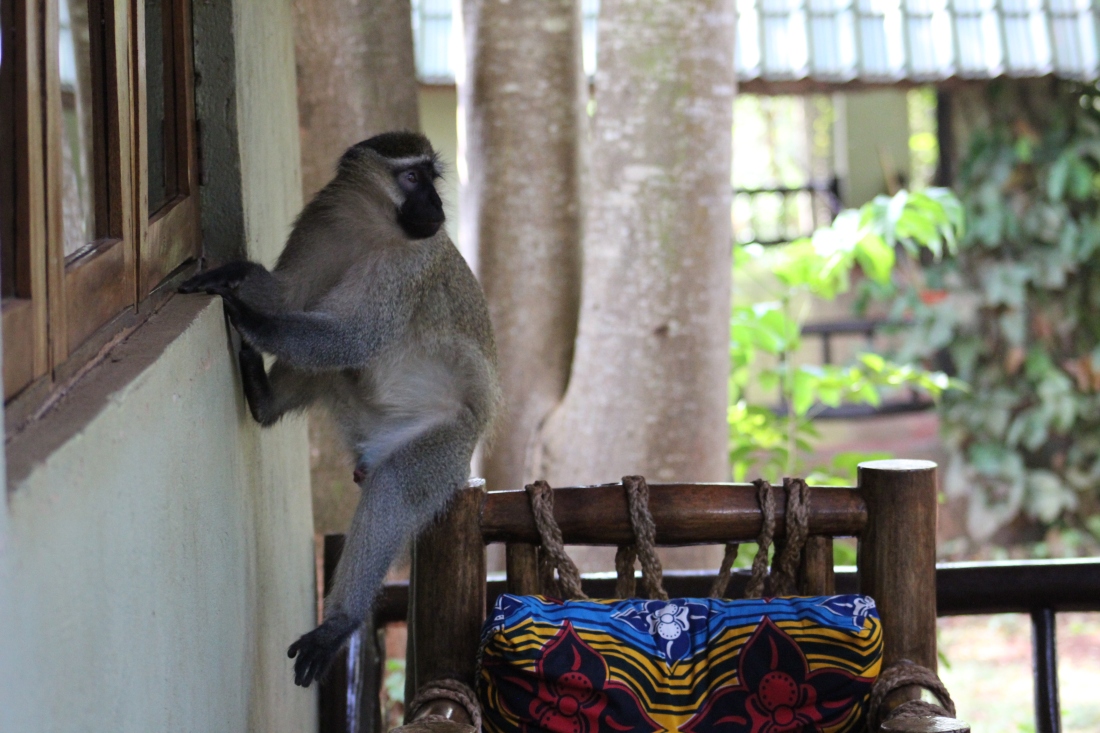 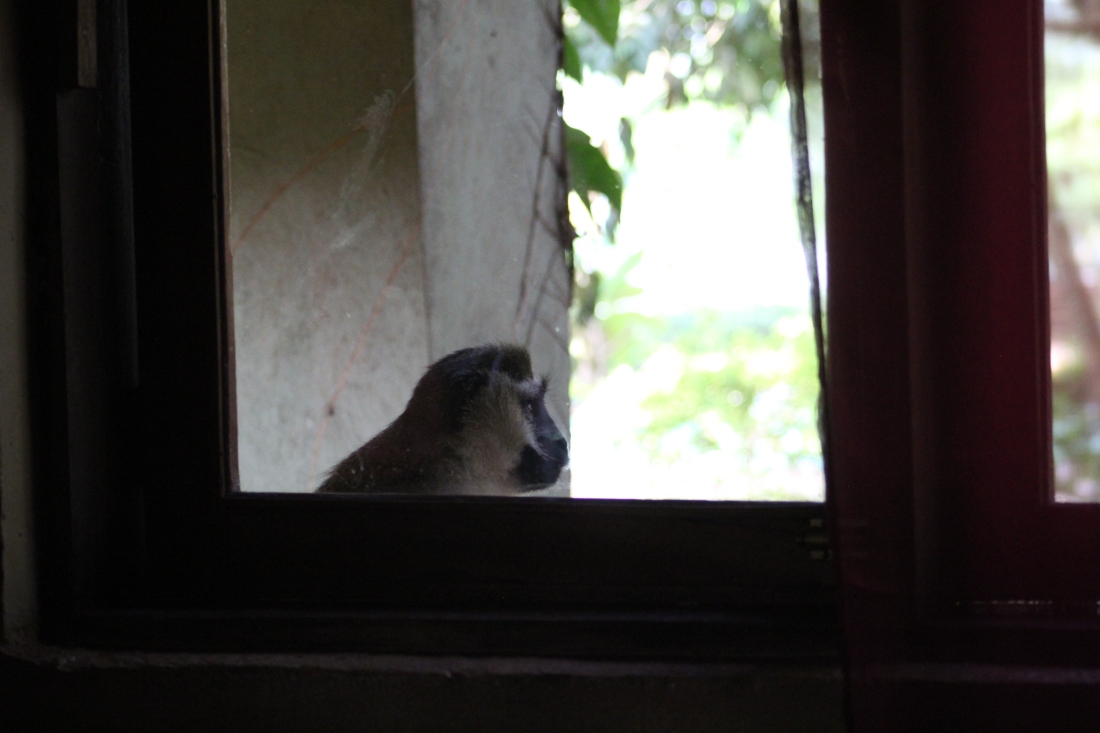 View all posts by laurasletters95